Lily in the Grinder

Filmed in one madcap weekend by a ragtag team of ten. The four-minute dinner table scene was shot in fifteen minutes.

Everythingis|Film is currently developing a number of feature & television projects.

Get in touch about directing projects.

Michael and his team bring an understanding of audience, messaging, how to inspire people to action, and virality. We can work with you tailor a message and out-of-the-box ways to tell your company’s story.

Then we’ll make a beautiful piece at stellar quality, crafted to evoke a response.

Get in touch to book a video.

Virtual reality is here, on your phones and in millions of devices.

Technology is available right now to immerse a viewer in another world, create empathy, or attract attention.

Michael brings the technical experience, creative skills, and understanding of the format you need to create these experiences.

Created in partnership with YouTube Studios.
Are you afraid of being alone? Five people try to reject each other without being rejected themselves in this 360º love story.

In just a few hours, I will look over your project and provide high-level strategy advice, or dig into the nitty gritty and execute.

My greatest skill is my network, and I have relationships in

Get in touch to discuss your project.

Search is Back (TechCrunch) 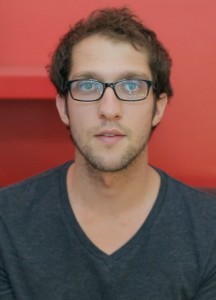 In 2012 Michael started Nametag Day, a citywide event that distributed nametags to over 15,000 New Yorkers and is launching in San Francisco this year. He coordinated international operations for nonprofit FilmAid International, where he taught and screened film in Kenyan and Haitian refugee camps.

Michael has written about film, tech, and politics for The Guardian and Huffington Post, and has had work covered in The New York Times, TIME Magazine, AM New York, and CBS. He was a visiting scholar at the FAMU Directing Program in Prague, Czech Republic and holds a Bachelor’s degree from Brown University.